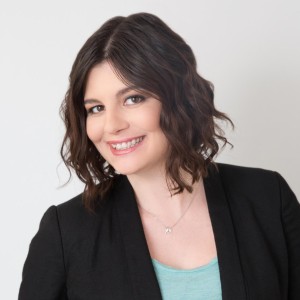 Facebook is fulfilling the commitment it made earlier this year to focus efforts on building true communities on its platform. Along with expanding their own internal community teams, the social media goliath also kicked off its first-ever Facebook Communities Summit, gathering hundreds of Facebook Group admins from across the globe to discuss ideas and features that would make Facebook Groups, well… easier to manage.

And that’s when a HUGE announcement was made!

Key community management features will soon be gracing our beloved Facebook Groups, including:

So, what do these new Facebook Group features mean for community managers?

Let’s talk about it with real-life examples and some sweet images (thanks to Facebook and TechCrunch!). And be sure to check out some of the most recent updates here (or scroll to the bottom of the post)…

Group Insights: Group admins have told us consistently that having a better understanding of what’s going on in their groups would help them make decisions on how to best support their members. Now, with Group Insights, they’ll be able to see real-time metrics around growth, engagement, and membership — such as the number of posts and times that members are most engaged.

Until now, community managers of Facebook Groups had to either rely on vanity metrics — like the total number of members — or invest in third-party analytic platforms to get any insight into who participated in their community and how often they did so.

I’m so happy to see that Facebook is making an effort to help community managers measure what IS important — like participation and activity.

A word of caution here — it looks like the initial version of Group Insights includes some vanity metrics when it comes to community growth: Community managers shouldn’t measure growth by a total number of members or a total number of new members — real community growth is a result of member activity, so for the moment, it looks like there is still some work to come in the growth metrics department.

This feature does mean that community managers can potentially stop investing in third-party tools and rely on Facebook to do what it does best – provide valuable data to make the best decisions.

Up until now, Facebook only provided insights for Pages as a way to understand performance metrics, how people were engaging, and to help provide better ad targeting. Which begs the question… what’s Facebook’s end goal here? Perhaps a way to better understand your community in order to… dare I say it… advertise?

As Mari Smith noted in her insights into this feature, “This could be the first step in monetizing groups. We’ll see.”

Membership request filtering: We also hear from admins that admitting new members is one of the most time-consuming things they do. So, we added a way for them to sort and filter membership requests on common categories like gender and location, and then accept or decline all at once. If you manage a Group, you are acutely familiar with the pain it takes to go through a long list of member requests every day. It’s time-consuming, it feels like busy-work, and… it’s boring. I’m bored now just thinking about it.

Facebook’s new member filtering feature will be a welcome reprise for communities who focus on catering to specific demographics or locations.

And BATCH. ACCEPTS. Be still my beating heart.

This means community managers can spend their time actually building up their communities through content and strategy instead of spending hours (yes, hours) going through membership requests one-by-one.

From the bottom of my heart: thank you, Facebook.

Removed member clean-up: To help keep their communities safe from bad actors, group admins can now remove a person and the content they’ve created within the group, including posts, comments, and other people added to the group, in one step. Every community manager has had to deal with a toxic member at one point or another. Trolls. Spammers. Straight up assholes.

If you’ve ever had to remove said person (and their hateful remarks) from your group, you know how painful it is to go back and make sure the poison from every wayward comment and post is removed from sight.

Ain’t nobody got time for that.

Now, in one fell swoop, that jerkface — and all their awful contributions to your community — can be wiped off the face of the planet.

Why is this important for community strategy? Ever heard of the phrase, “Monkey see, monkey do”?

Humans are imitators; we learn by repeating the actions of others who have gone before us. We naturally mimic behavior that we see… especially in tribes that are linked to our personal identities.

It gets a little complicated from there, but the main takeaway here is that bad behavior can easily create more bad behavior in communities. Our brains are just wired for it (good news though — good behavior works the same way!).

By removing toxic comments and posts, community managers are looking to educate their groups on the proper way to behave — it’s often less a matter of “policing” and more to do with removing barriers to valuable conversations.

The new member clean-up feature will go far in helping community managers keep their communities moving forward; a thriving, happy family that doesn’t have room for the haters.

Scheduled posts: Group admins and moderators can create and conveniently schedule posts on a specific day and time. Creating engaging, consistent community content is a cornerstone to helping community members connect with one another.

For example, in our DigitalMarketer Engage Facebook group, we create a #OneWeekOneThing post every Monday, so our community members can keep each other accountable on big goals… Not to mention, our members-only weekly webinar announcements… Community managers understand the power of consistent community-building content… having the ability to schedule these posts is a HUGE time-saver!

That time can be spent actually participating in community conversations instead of creating them. THIS. THIS S!*T RIGHT HERE.

Why, you might ask, am I so excited about this particular feature, given all the greatness that was just announced?

If you’re not in the know on community management lingo, social density refers to the amount of conversation that can happen in a set space.

…and put them in the Kauffman Stadium (go Royals!) Now we have the opposite problem — it’s way too cramped!

The same concept applies to conversations in online communities — if your social density is too low, not enough activity is happening to keep new members interested in participating.

If it’s too high, there are so many different conversations happening that it’s impossible to keep up. Large Facebook Groups (like the DM Engage community) suffer from a very high social density.

With over 10,000 members, there is such an overload of new conversations and active discussions that it’s difficult for new DM Engage members to plug in and for active members to find where they can best contribute.

This keeps different discussion topics in their own dedicated area, so conversations don’t get cluttered.

Until now, creating subgroups or subtopics was an impossibility on the Facebook platform. Community managers who struggled with high social density had to do their best to organize content on their own.

The new group linking feature could be a solution for organizing subtopics of communities by groups conversation topics into their own groups — without alienating the community as a whole. The other week, I was fortunate to meet with the Facebook team at this year’s CMX Summit, and let me tell you…

…the Facebook team is VERY serious about making Facebook Groups an integral part of the platform experience!

Expect even MORE changes in the coming months (and years) to Facebook Groups that will make your community management tasks even easier.

For instance, Facebook is rolling out a new welcome feature that will automatically tag up to 50 new members in a welcome post — that’s HUGE news for group admins who have been performing this task manually. This option temporarily prevents a group member from making new posts or comments for seven days — a “time out,” if you will, for members who might need some time to cool off after a divisive conversation or other situation that doesn’t require a ban.

Next, Facebook has dipped a toe into community gamification with Admin Badges…

…that gives group admins a literal badge to build authority among their community members.

Facebook is also giving visibility to new group members with a similar designation: The New Member Badge lasts for the first 14 days a member is in the group.

Highlighting new members gives your community an opportunity to recognize and support newbies in your group who might not know the ropes — and making sure they feel like part of the tribe!

And word on the street is a similar designation will give visibility to power users of your group as well.

It’s safe to say that Facebook is working hard to help admins effectively care for their communities. I can’t wait to see what other new features we’ll see!

Suzi Nelson is a leader in the community management space and is the former Lead Community Strategist at DigitalMarketer. She has a degree in Journalism (Strategic Communications) from the University of Kansas and is an avid defender of the Oxford comma. Connect with her on LinkedIn or www.suzinelson.com.