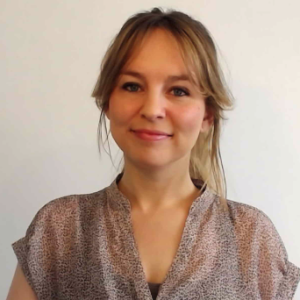 You get it, right?…
You know you must focus on building relationships and giving value.  You know you can’t just ask a cold prospect for the sale.  You have to be patient.
But what happens when you’re burning dollars everyday on advertising?
Still feeling patient?
Once we start spending our precious dollars on paid advertising we want to see RESULTS… and preferably yesterday!
But today I want to share a different perspective with you.
Because, paid advertising can also be part of a long term strategy, that might not instantly be measurable in dollar signs.
I’m talking about how to use advertising, not in a way that “turns $1 into $3”, but in an (possibly) even bigger way, which is to build a BRAND.
The picture below shows the year to date advertising costs for Emily Faith, a 12 year old singer/songwriter from Oklahoma.

Travis Phipps is the founder of advertising agency Battle Bridge Labs.
And, he’s one of our beloved members at Veeroll, a software tool that allows you to quickly create Video Ad Campaigns for Youtube and Facebook.
He used our software to build a Youtube Instream Video Ad Campaign for his client: the super talented singer/songwriter and actress Emily Faith.

Now, their goal was NOT to get everyone to buy her album on iTunes (even though this could have been a side effect)… but simply to increase her exposure and build her online fanbase.
‘Cause yes, Emily is in it for the long haul!
Now, before we dive in, let me give you a little sneak peak of the results of this campaign:

And, the positive side effects of her campaign reached even further than that, all the way to the REAL world! (yes, there’s an offline world).
Keep reading to learn more about their exact approach, their exact results and how you can apply this strategy to your own business, today.

What Are Instream Video Ads?

You’ve seen these before, they play before the video you are trying to watch on YouTube…

Now, why exactly should you start using Instream Ads for your business?
As Travis says:

Well, you took the words right out of my mouth!
So, excuse me while I’m about to exaggerate a little, but this is indeed an AMAZING opportunity for businesses, because of 2 main reasons…

Reason 1: Nobody is doing it yet!

How many blog posts have you read about Youtube Video Ads the past year? And how many about Facebook Ads? Exactly!
Yet, according to data from Compete.com, Youtube had over 160 million unique visits in the month of April, in the US.

While Facebook had only 145 million unique visits that month:

In addition to that Youtube has 1 billion users and over 300 HOURS of video uploaded each minute.
It’s therefore quite likely that your target audience is hanging out there as well!
But, since a lot of your competitors aren’t swimming in the Youtube ad pool yet, you can still manage to get dirt cheap views and clicks.
And when I say dirt cheap, I mean dirt cheap! In the screenshot below you’ll see that their average Cost Per View for this campaign was only 0.02 cents.

Reason 2:  Nobody is doing it right!

Don’t you hate it when you’re watching a movie trailer and they make you watch an ad for insurance right before that? Yup, let’s face it….it’s totally unrelated and totally annoying!
Most big brands target everybody and their mother and just copy/paste their TV commercials onto Youtube without adapting to the platform. Guess what… YOU can be smarter than that and that will be your key advantage!
So, if you want to be part of the club of early adopters, I’m here to show you how.

Step 1: They defined her target audience

This is often one of the hardest things to get right!
But, Emily knew exactly which artists were similar to her and who had a fanbase that would likely be interested in her music as well.
One of the artists they targeted was Matty B: a young “Justin Bieber” (yes even younger!) that has over 4.2 million Youtube subscribers.

Step 2: They collected 1000’s of video placements from those artists

When you build a video ad campaign inside AdWords you can choose various ways of targeting, for example by using keywords or interests.
In this case they used what we call managed placements, which means: a bunch of manually chosen video links on which your ad will run. For each campaign you can target a max. of 2400 unique placements.
Now, if you have ALL the time in the world (and I reckon you don’t!) you could collect those links one by one, by copying each individual video link from Youtube to your AdWords Campaign.
This is kinda what that would look like:

Then, repeat 2400 times.
Not so fun!
So, this is why Travis used Veeroll instead.
Using the Veeroll platform he was able to gather thousands of targeted placements in minutes. The screenshot below gives you an idea of how this works.
You simply enter your search term in our keyword tool, and within a few seconds you’re able to collect 10 Target Lists of 240 placements for your video ad campaign.

Step 3: They used one of Emily’s cover music videos as an ad

This is one of the videos they used as an ad, to run in front of videos of related artists, like Matty B.
They included a clear call-to-action inviting the viewer to click through to hear more of her music.

Step 4: They sent the traffic back to her music video

Like I previously mentioned, you have several options of where your want to send your viewer to when they click on your ad.
As they were mainly focused on building Emily’s online presence, they simply sent most of the traffic back to her own Youtube videos.
And, if you thought that 77K was cool, well …by now this very video has already gone way over that!

This is because when something works, you do it again! And that’s exactly what Travis did with this campaign, which has sent her views through the roof and beyond.

Here are the results…

You want specifics? You get specifics!
Here’s the lowdown of the exact results Emily Faith’s ad campaign has yielded so far:
They got 76,974 views on her Youtube music video in 10 days, for which they paid only a mere 0.02 cents per view.

Because they kept repeating this strategy, this has already led to a total of 696,697 views on her channel.

They’ve been able to build a remarketing list of 300K inside Adwords to promote future content to.  On the DM blog you’ve already been able to read of “The Pixel Process“, and how your remarketing list is in fact just as important as your email list.
Well, when you’ve got 300K of those pretty pixels stacked inside your AdWords account, the sky’s the limit when it comes to promoting new content!

Her channel gained 1,937 subscribers since they started advertising. The screenshot below also shows the cost per subscriber, which is an average of $2.81

One of her cover music videos now shows up on the 1st page of Youtube search results in the 12th position when you search for the title of that song. Because the targeted traffic resulted in genuine engagement on her videos, it seems that this has improved her rank for organic reach as well.

And, last but not least….
Matty B’s manager noticed Emily’s video ad when he was watching their own channel. As a result of that he invited her to open up for Matty B at one of his live shows!
This was in March when they had only been running her ad campaign for a mere 2 months. This was an unexpected but amazing side effect that could actually be the turning point in her career.
Talk about ROI!
Let’s say that all in all, this is NOT a bad result for a 12 year old singer/songwriter.

The key takeaway here is that your ROI from a highly targeted ad campaign can be huge, though indirect.
We’re talking an increase in views & subscribers, getting noticed in your industry, increasing organic reach and… effortlessly building a remarketing list, which you can use to communicate with your audience again and again.
If you’ve become interested in using Youtube Video Ads for your own business, whether as part of a short- or long term strategy, you’re probably wondering HOW to get started!
So here they are, the 5 key steps that you can take action on today.

Voila, you’re ready to get started with your first video ad campaign!
Still have a question?
Ask the DM team and 9,036 other members in the DM Engage Facebook Group!
Not a DM Lab Member? Learn more here.

Anja Kicken is Content Manager at veeroll.com - software that allows you to quickly build effective Youtube and Facebook Video Ad Campaigns. She's passionate about marketing, technology and music. And, she's from the Netherlands, where they don't wear clogs and smoke weed as much as you might think!

7 Ways To Improve The Conversion Rate Of Your Funnel