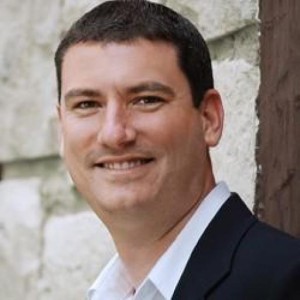 From Traffic and Conversion Summit 2015: Ryan Deiss on Native Commerce and the Future of Digital Marketing

Hey Digital Marketers,
As I’m writing this Ryan Deiss is gearing up to take the stage at Traffic & Conversion Summit 2015 to talk The Funnel 2.0.  (Don’t know about funnels?  Read this.)  So forgive me if I’m brief… and forgive any typos.  🙂
The atmosphere in this San Diego ballroom is absolutely electric.
Here’s what it looked like right before everyone flooded in here…

Yesterday, Ryan revealed 3 important trends he’s seeing in digital marketing and I wanted to write a quick article for you that outlines what he talked about.
Ryan spent more time on this first trend than the others…
As Ryan likes to say…

He opened with a warning to traditional retailers and ecommerce players…

“If you are only a middle man — be very afraid.”

Dozens of successful ecommerce players have emerged that aren’t just a middle man between the manufacturer and the customer.
Sites like FAB, promising unique design at great prices… … and Zulilly offering “something special every day”…

… and Birchbox who has built an army of brand evangelists…

Companies that don’t add benefit to the customer don’t deserve to survive.  They aren’t adding anything to the process.
The companies that will survive are those that become “media.”
Ryan defined it…

“Media is anything that aggregates the attention of a definable market segment into a specific location at a predictable time.”
~ Ryan Deiss

In other words…
Harley Davidson is media.
They’ve aggregated the attention of a definable market (accountants that want to cut loose on the weekends ;)) and they’re able to direct that attention to a specific location (a new offer?) at a predictable time.
Apple is media.
They are attention aggregators.  They’re next offer is rumored to be a car… And why not?  Apple has the attention of a group of technophiles that love great design and usability.
Heck… I’d love it if my car was as intuitive and beautifully designed as my iPhone.
Digital Marketer is media.
Survival Life is media.
Once we built the Survival Life media property — we used the attention we had aggregated to build DIY Ready… You are a marketer.  You are in the business of aggregating attention.

I won’t spend much time on this one…  partly because Ryan is being introduced as I write this sentence.
And… because Ryan wrote an entire article all about product splintering here.
Ryan finished his predictions with this…

“I know my product is great — I just don’t know how to get it in front of people.”
~ You

… if so, these quotes from Ryan are for you…

“If you want traffic, go to the traffic store and buy it.”
~ Ryan Deiss

“There is no such thing as a traffic problem.”
~ Ryan Deiss

Traffic is not the problem.  It’s your offer.
Are you able to acquire customers at break even or better?
Can your funnel ROI your cost of traffic?
Ok… gotta go… Ryan is getting ready to talk about The Funnel 2.0.  This is going to be AWESOME!
Talk to you soon,
~ Russ
Have a question?
Ask the DM team and 9,036 other members in the DM Engage Facebook Group!
Not a DM Lab Member? Learn more here.

Russ Henneberry is a digital marketer, speaker, and co-author of Digital Marketing for Dummies. Russ has helped hundreds of brands increase sales, leads, and retention including Crazy Egg, Salesforce.com, and DigitalMarketer. Visit Russ's website or connect with him on LinkedIn.