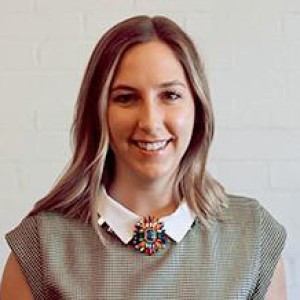 Hillary Clinton vs Bernie Sanders: Which is the Better Digital Marketer?

…presidential candidates Hillary Clinton and Bernie Sanders have made it clear that digital is a priority for their 2016 Presidential Election campaigns.
(RELATED: Crafting a Digital Advertising Plan)
Today, we’ll use a tool called WhatRunsWhere (Disclosure: I work for WhatRunsWhere) to do some ethical “spying” on the digital strategies of these Democratic front-runners.
Editor’s Note:  At DigitalMarketer, we use WhatRunsWhere to research the media buying strategy and tactics of our competitors.  What Runs Where is the bee’s knees.  <<< That’s a technical term.  😉
In this analysis, you’ll see…

Once we’ve considered all of these criteria — we’ll crown one of these candidates a winner — or at least a better digital marketer.
SPOILER ALERT: Somebody should get this article to the Bernie Sanders campaign team STAT! 🙂

The State of Digital Ad Spend in Politics

Digital media ad spend will reach $1 billion in 2016. This is a 5000% increase from the $22.25 million spent on digital ads during the last election in 2008. According to the study, political spend in the digital space will continue to be a priority in the future.

Source: eMarketer
We’ll focus our analysis in What Runs Where on banner advertising specifically.

First, we looked at Clinton and Sanders’ display ad strategies overall. We tracked a total of 271 publishers used in the mobile space and 180 in the desktop space. Our research also revealed that more ads were served on mobile (131) than desktop (102).

When it came to the types of ads used in these political campaigns, it was clear that text ads were preferred (62%), over banner (38%) and native ads (0.4%).

Next, we analyzed the breakdown of the 102 unique creatives uncovered on desktop only. Looking at the creatives ratio below, it’s evident that text ads were the preferred ad type in this space. The remaining ads were banner ads (30%) and a small portion (1%) were native ads.

Breaking down the unique creatives by advertiser we can see two different strategies. Clinton employed a significantly higher number of unique creatives, 97, compared to Sanders who only used 5.
Furthermore, Clinton combined banner, text and native ads into her strategy while Sanders only focused on banner ads.

In the mobile space, we uncovered a total of 146 unique creatives employed by Clinton and Sanders. A notably higher number than what was used on desktop. Looking at the creatives ratio, we can see that only banner and text ads were used on mobile.
No native ads were employed. While text ads were preferred overall (56%), there was still a significant number of banner ads used (44%).

When analyzing the advertisers individually, we noticed their mobile creative strategies were similar to desktop. Clinton again employed a combination of ads (banner and text) and a much higher number of unique creatives.  128 unique creatives for Clinton, just 3 for Sanders.

The score calculated based on an internal algorithm that indicates which ads in our database have been performing the best over the course of our data collecting history.

First, here are the top banner ads found on desktop for hillaryclinton.com and go.berniesanders.com:

Let’s take a look at the common elements that make these ads effective:

Looking at the top mobile ads, again determined by Adstrength score, you’ll notice the designs are similar to the ads used on desktop. Having consistency on both channels allows audiences to easily identify the candidate’s unique brand no matter where they are exposed to it.

After analyzing the creatives used by each candidate, we wanted to get a better understanding of the types of publishers they used to serve their ads. On desktop, we tracked a total of 180 publishers; 175 by Clinton and 5 by Sanders.
We also discovered that the most preferred type of publisher used to serve ads was News, Portal & Search. The candidates also tried to capture attention on Personal Pages & Blogs, Legal Issues, Community Forums and Streaming and Downloadable Video themed publishers.

On mobile, 271 publishers were used by Clinton and Sanders to serve ads.
Similar to the desktop space, News, Portal & Search was the top choice for publisher category on mobile. The remaining categories were also the same except for Music publishers which were not a top category on desktop.

Here is a list of the top publishers being employed by the Hilary Clinton campaign (desktop and mobile):

Here is a list of the top publishers being employed by the Bernie Sanders campaign (desktop and mobile):

So how do the individual candidate strategies compare? We can see that Clinton used both ad networks and direct media buys to place ads while Sanders only used ad networks.

When analyzing Clinton and Sanders’ channel strategies on mobile, we see similar approaches to what was done on desktop. Clinton combined both ad networks and direct media buys, while Sanders only used ad networks.

Which Candidate is Ruling the Display Advertising Space?

After a thorough investigation of the display advertising strategies for hillaryclinton.com and go.berniesanders.com, it is time to reveal who the loudest advertiser on desktop and mobile is.
To determine this, we look at Share of Voice (SOV). This is a value given to each advertiser derived from its presence across its industry specific competitive display advertising landscape. The higher the Share of Voice value, the “louder” the advertiser’s “voice” is among competitors in the same industry, as determined by the parameters of the search.
So, what does the data from 60 days of display advertising activity on desktop and mobile say?
…..It is clear that Hillary Clinton is the loudest advertiser.

So what were the contributing factors of success?
In both channels, Clinton employed a higher volume of unique creatives and publishers. She also chose a strategy that combined direct media buys and ad networks to place her ads.
Although the design of her creatives had similar elements to Sanders’, her strategy for distribution resulted in a higher Share of Voice (SOV).
How can you learn from these campaigns to build a winning strategy in the display advertising world?
Based on our analysis, we recommend the following elements for a successful online display media buying strategy in the United States:

Are you seeing the power of “spying” on your competitors?
While you may not be running for President of the United States, you can certainly use a competitive intelligence tool like What Runs Where to win in your business.
Have a question?
Ask the DM Team and 7,941 other members in the DM Engage Facebook Group.
Not a DM Lab Member? Learn more here.

Megan Gardner is one of the Marketing Coordinators at WhatRunsWhere. Her background in communications and strategic marketing has fueled her passion for the digital advertising landscape. Enjoyed this case study? Download the PDF version here. Stay up to date with Megan’s latest posts here!

7 Ways To Improve The Conversion Rate Of Your Funnel